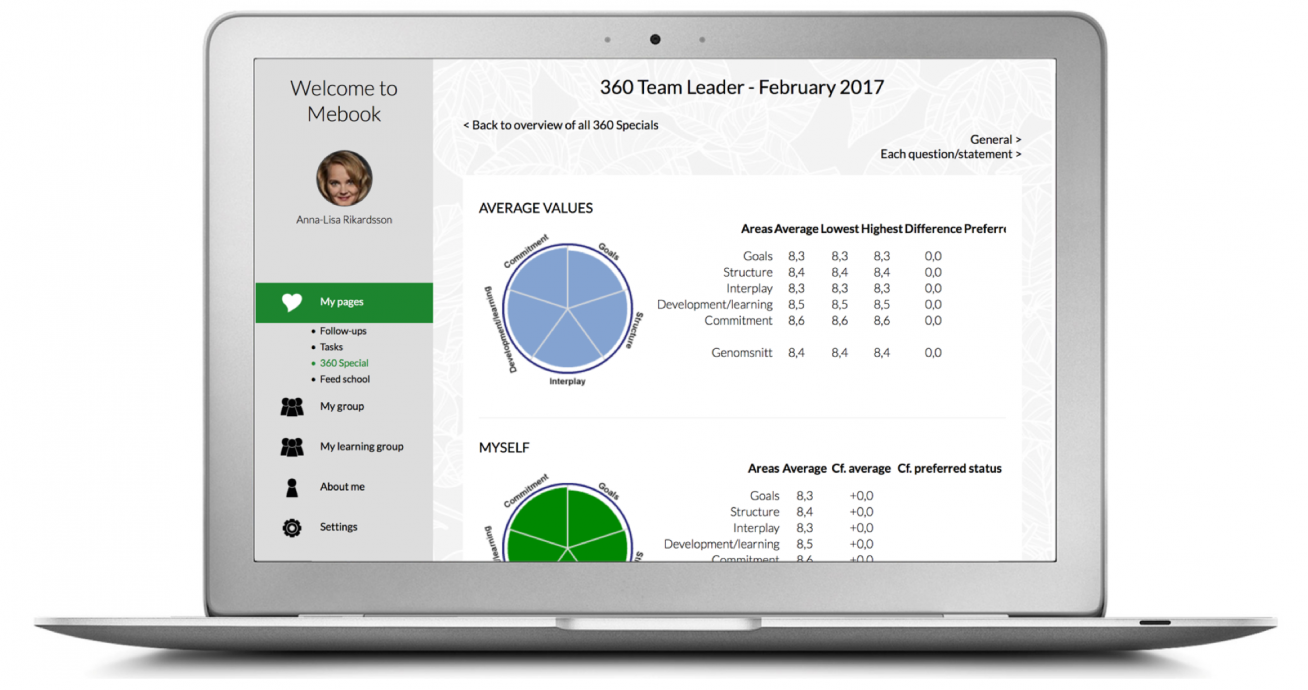 Create your own unique 360-mappings

360 Special is a Mebook service which makes it possible to make 360 mappings for an organization, a development programme, or for an individual. Or perhaps use already existing mappings.


360 Special is way to increase the possibilities for development for an individual, by gathering both feedback and reflection on certain areas.

As admin, it is easy to create unique 360-mappings which support the process you are in at the moment.

You can choose repondents for an individual - or have the individual choose his/her respondents. You can also manage sends and administration of 360 Special-mappings for an entire group, simultaneously.

The default setting is that 360 Special has a nine-grade scale. But, you can choose a scle from 5 to 10 when you create or send a mapping.

The alternative "Do not know" is optional.

In addition to creating your own 360 Specials, there are three ready-made ones which you are free to use.
360 Leadership
A general leadership-360.
Deals with areas such as planning, delivery, analysis/decisions, communication, development, co-operation, leading others and leadership.

360 Team leaders
Deals with the Team Quality factors that affect the team's ability to be highly effective, be qualitative and create a feeling of well-being.
Areas: goals, structures, co-operation, development/learning and commitment.

360 Team leaders - leader styles
Tailor-made for team leaders, and shed a light on various needed leader styles, connected to the maturity level of different teams.
Based on Susan Wheelan's research.

An example of a report

The report from a 360-mapping can be published on the web/in an app, but also generates a PDF. Here is an example: